4 haunted places in to visit in Brighton (if you dare) 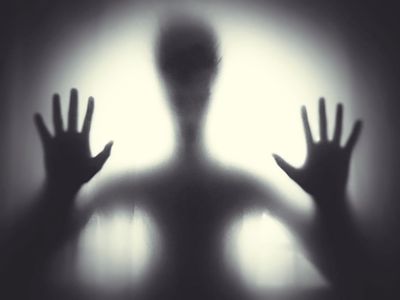 Brighton is a city steeped in history. And apparently some of that history still walks the streets. If you like a good ghost story, or want to be in with a chance of experiencing the supernatural, then read on. Here are some of the most haunted places in Brighton.

This venue was built in 1787 and has had an interesting past. It is rumoured that Prince George used a secret passageway between the cellar of The Marlborough and the Royal Pavilion for discreet visits to a brothel in the pub.

In 1900 Lucy Packham, wife of the landlord was murdered and found dead in the building. It is her ghost that is blamed for unexplained events, including cold drafts, flickering lights and smashed bottles.

Saint Anne’s Wells is a popular and pretty park that features an ancient spring. It is thought that this area has been used for centuries as a place of worship. It has certainly been a place of note since the middle ages, being an important part of a large estate. Many different paranormal activities have been attributed to this park, especially in the area surrounding the spring. Some have even claimed that the spring is a gateway to hell itself.

Hangleton Road is a pleasant area in West Hove. However, many years ago it was the home of a large gallows and gibbets, where magpies and ravens would feast on the bodies that had been left as a warning.

The area still has a surprising number of ravens and magpies and also the ghost of the most infamous hangman – Thomas Kypper. Kypper worked as a hangman in the 17th century and was renowned for being particularly sadistic. He opted for lengthy and painful executions, and would string people up in the gibbets before they were actually dead.

Ironically, Kypper himself was found guilty of murder and hanged by his successor at the same gallows.

He now appears tapping at people’s windows, in tattered clothes, carrying his noose.

Churchill Square is the main shopping centre in Brighton, where all the best modern high street names can be found. However, since 1911 there have been sightings of an overweight man, who appears as a very realistic apparition.

His trademark is to reveal his large and bruised belly (hence the name) and act very aggressively towards his living victims.

CCTV has been viewed of people in the area reacting scared to something that doesn’t appear on the recording.