Brighton lovers – past and present 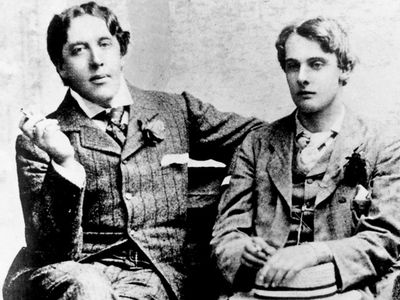 Brighton is the perfect choice for romantic couples to visit. Whether you are gay or straight, old or young, Brighton has something to offer any couple wanting to have the perfect mini break.

It is no wonder then that so many famous couples throughout history have chosen Brighton as their permanent residence. We took a delve into the archives to find some of Brighton’s famous lovers as well as taking a look at which famous couples and romantics we currently have living in the city.

The Royal Pavilion is the most famous landmark in Brighton. You can’t help but be impressed by the Prince Regent’s glorious palace and holiday home by the sea. But it wasn’t just a functional place to stay for the Prince Regent. The notorious lover was known for entertaining his mistresses at his Brighton Palace, far from the eyes of his wife. The only thing more romantic than having one lover, is surely to have several?

Although Charles Dickens wasn’t from Brighton, the great author who wrote the heart breaking love story The Tale of Two Cities was known to come to Brighton and stay in the Bedford Hotel on Brighton seafront where he would write and gather inspiration. Dickens himself was quite the romantic, falling in love with several women. When he was 40 he took the almost unheard of step of separating from his wife in favour of the 18 year old Ellen Ternan.

Famous romantic artist, John Constable intermittently lived in Brighton. He met his wife, Maria Bicknell, in childhood and despite their love being opposed by Bicknell’s family and Bicknell being threatened with disinheritance, they married when he was 40 and honeymooned in Brighton. His improvements as an artist during and after the honeymoon which made him really stand out during the romantic period has been attributed to his love for Bicknell.

Scandalous, romantic and exuberant couple, Oscar Wilde and Lord Alfred Bruce Douglas used to visit Brighton together, long before homosexuality was acceptable, even in Brighton. Douglas was wild and extravagant and an established writer. He began a not-so-subtle affair with the married Wilde that has inspired many works of fiction and poetry.

Wilde once nursed Douglas through a bout of influenza during a stay in Brighton. However, when Wilde fell ill, Douglas promptly left him and booked a room at the Grand, charging the bill to Wilde. During his stay he gave away some old clothes to male prostitutes, who then found incriminating letters from Wilde in the pockets and promptly blackmailed Wilde.

Springing forward into the modern day, Adele now owns a property in Brighton. Famous for her songs about being broken hearted and a firm favourite of the nation, Adele herself has now found love with a born and bred Brighton man.

This is only a rumour….but in the age of post truth, we are going to run with it. It is rumoured that the Beckhams, the all time favourite couple of modern times own a property in Brighton. We have polished our binoculars and will be the first to let you know if there is a positive sighting.